Divorce is a complex cumulation of many factors.  One factor is certain - the life that you know will change.   Changes may come in many forms:  Different houses, schools, medical providers or states.  The time you spend with your children may be very different than the time you envisioned entering into this process.  You may find yourself without the financial resources you currently enjoy due to maintenance, child support or other changes such as a loss of employment following the stress of the changes.  It can be a very scary and lonely place.  Hiring an attorney that gives you straight answers can be invaluable in finding your way through the twists and turns associated with the end of your marriage.  Another reason to hire a solid advocate is that dissolving your marriage became a little more complicated in Illinois after the recent overhaul of the law beginning January 1, 2016 and the recent amendments due to recent tax law reform and its' effect on your payment. This firm endeavors to save you money in the long run by getting it done right the first time around.  We view our team approach as the best way to bring you through to the end, with an eye on your new beginning.

It may be a bit of a relief to hear that the formula for child support is generally very set and easy to determine.  Except that it is not.  In fact, this is an area that may be litigated throughout the child's minority.  However, support may be modified at any time upon a showing of a "substantial change in circumstances" which is an ambiguous term. Child support matters are complicated by a cross-over between the courts (Judges) and administrative agencies such as the Department of Healthcare and Family Services (HFS).  Support may be set on a temporary basis while the case is going on, and then on a permanent basis.   In addition, once support is set, there are numerous ways it may be paid.  It may be addressed privately by the parents, through the court clerk, the Illinois State Disbursement Unit, or the State's Attorney/HFS.  The difficulty is that these different bodies do not interact well, and disputes over payments may span years.  For example, the parents may have years of direct payments but then have a dispute, but the banks only hold seven years of bank records to show payments.  Even more difficult, payments were not recorded but paid in cash.  For example, you may be be laid off for months and then re-hired, and find out years later that you did not pay support properly and owe a huge arrears, interests and delinquencies that were not taken out of your unemployment.  Failure to pay may end in your incarceration or heavy sanctions or fines.  This is the most highly litigated area of family law - that is, except for maintenance.  To further complicate this area, the Illinois legislature recently passed a bill instituting income-share and basic child support obligations based on your combined income with your ex.

Prior to January 1, 2015, the Court had tremendous discretion in awarding maintenance, formerly known as "alimony".  Beginning January 1, 2015, the legislature adopted a formula to reduce the disparate awards caused by such tremendous discretion.  First, the Court determines if maintenance is appropriate for the case.  Thereafter, it applies a maintenance formula to couples who earn a combined, annual gross income less than $250,000, but cap the amount at a certain joint percentage.  Couples that earn more than $250,000 may see the same guidelines applied, but there is very little case law indicating whether or not the Court will do so.  These instances are factually determined based on the circumstances of the parties.   The statue passed on January 1, 2015 was recently amended to take into consideration of the major tax policy change implemented beginning 2019 that maintenance ("alimony") is and now is calculated on net income and not gross income.  This means that obligors pay at a higher tax level, and recipients receive the money and do not claim it as income. 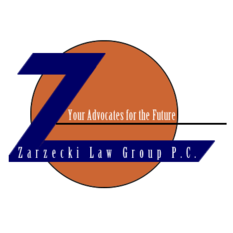 Prior to January, 2016, child issues were called "custody" decisions.  This area is one of the most contentious areas of family law litigation.  As of January 1, 2016, however, it is now better labled "allocation of parentenal responsibilities."  This term, "Allocation of Parental Responsibility", really addresses two distinct areas:  decision-making and parenting time. The new law requires parents to submit either a joint or individual parenting plan within 120 days of filing a case.  750 ILCS5/602.10.   The parenting plan must allocate "parenting time" and the responsibility for "significant decision-making".  The decision-making part of the Parenting Plan covers  four "significant issues" of decision-making.  They are: Education.  750 ILCS 5/602.5(b)(1); Health, including all decisions relating to the medical, dental, and psychological needs of the child and to the treatments arising or resulting from those needs.  750 ILCS 5/602.5(b)(2); Religion.  750 ILCS 5/602.5(b)(3); Extracurricular Activities.  750 ILCS 5/602.5(b)(4).  If the parties are not able to agree on a parenting plan regarding decision-making or parenting time, they are required to meet with a professional mediator in order to attempt to resolve their differences before the court rules. Many litigants underestimate the importance of the agreements reached in mediation or in a joint parenting plan which become a final Judgment.  Be careful what you agree to do, now that your relationship with your former spouse has changed.   You may find that navigating simple things such as birthday parties, holidays or even school conferences may be difficult or even contentious - and you may be stuck with those general parameters for years to come. Working with an experienced attorney will help you to ascertain the best agreement for you and your children  to reduce or elminiate your need to litigate down the road.